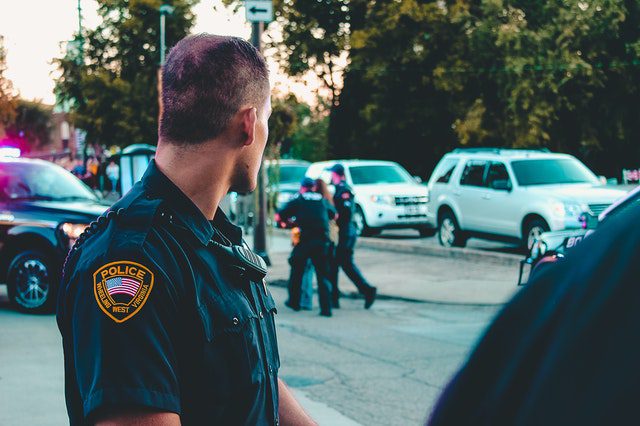 The Fourth Amendment protects individuals from “unreasonable searches and seizures.” Although law enforcement generally must obtain a warrant to search an individual and his or her property, under certain limited circumstances, an officer may conduct a brief, warrantless search of an individual. This type of an investigation is called a Terry stop, named after the Supreme Court’s decision in Terry v. Ohio, 392 U.S. 1 (1968). To conduct a valid Terry stop, the officer must have “reasonable suspicion” that an individual is involved in criminal activity.

Various factors come into play when determining whether an officer has reasonable suspicion to conduct a valid Terry stop. In the Eleventh Circuit, the smell of marijuana alone provides reasonable suspicion for further investigation. United States v. White, 593 F.3d 1199, 1203 (11th Cir. 2010); United States v. Roberts, 849 F. App’x 863, 865 (11th Cir. 2021). This means that if an officer smells marijuana on or near an individual, that officer can conduct a brief search of that person to investigate possible criminal activity.

In 2016, Florida voters approved an amendment to the state constitution that protects the use of medical marijuana in certain circumstances. Numerous cities and counties in Florida have approved ordinances decriminalizing marijuana. The Florida Supreme Court appears to not have taken up the issue of whether marijuana odor alone justifies a Terry stop. The Second District Court of Appeal has held that it does. See Owens v. State, 317 So. 3d 1218 (Fla. 2d DCA 2021) (Vilanti, J.).

Under federal law, marijuana remains illegal under the Controlled Substances Act, 21 U.S.C. § 801 (CSA). So, at first blush, a clear distinction exists between federal and state jurisprudence on whether the smell of marijuana alone can justify a Terry stop. But Barr applied Terry, which is a decision analyzing the application of the United States Constitution. Further, at least one federal court noted that the smell of burnt marijuana is not enough to establish probable cause to believe that an individual is violating a civil offense of possessing a small amount of marijuana. See Walker v. Femino, 311 F. Supp. 3d 441, 453 n.12 (D. Mass. 2018) (Saylor, J.). That court also discussed how the smell of burnt marijuana can be one factor—not the only factor—to be considered in the reasonable-suspicion analysis. Another district court in Pennsylvania avoided the question of whether marijuana odor supported finding probable cause and found not credible an officer’s testimony that he could smell marijuana. See United States v. Bryant, No. 20-86, 2020 WL 6381386, at *9 (E.D. Penn. Oct. 20, 2020) (Kearney, J.).

Recent state caselaw developments show that marijuana odor alone is becoming insufficient to justify a Terry stop or another warrantless search. Federal caselaw lags behind state courts in this respect, presumably because marijuana remains illegal under federal law. But if every state decriminalizes marijuana at least in some circumstances, will federal courts continue to find marijuana odor alone sufficient to justify a Terry stop?

At what point, if ever, will the CSA’s scheduling of marijuana become irrelevant to whether an individual can be reasonably suspected of committing a crime when marijuana is legal under state law? After all, federal law criminalizes numerous obscure activities. See 19 Ridiculous Federal Criminal Laws and Regulations, FreedomWorks (Jan. 14, 2016), https://www.freedomworks.org/content/19-ridiculous-federal-criminal-laws-and-regulations. Should an obsolete, or soon-to-be obsolete, federal statute trump an individual’s constitutional rights? It is surely a matter of when—not if—a federal court rules that the smell of marijuana alone cannot justify a Terry stop.